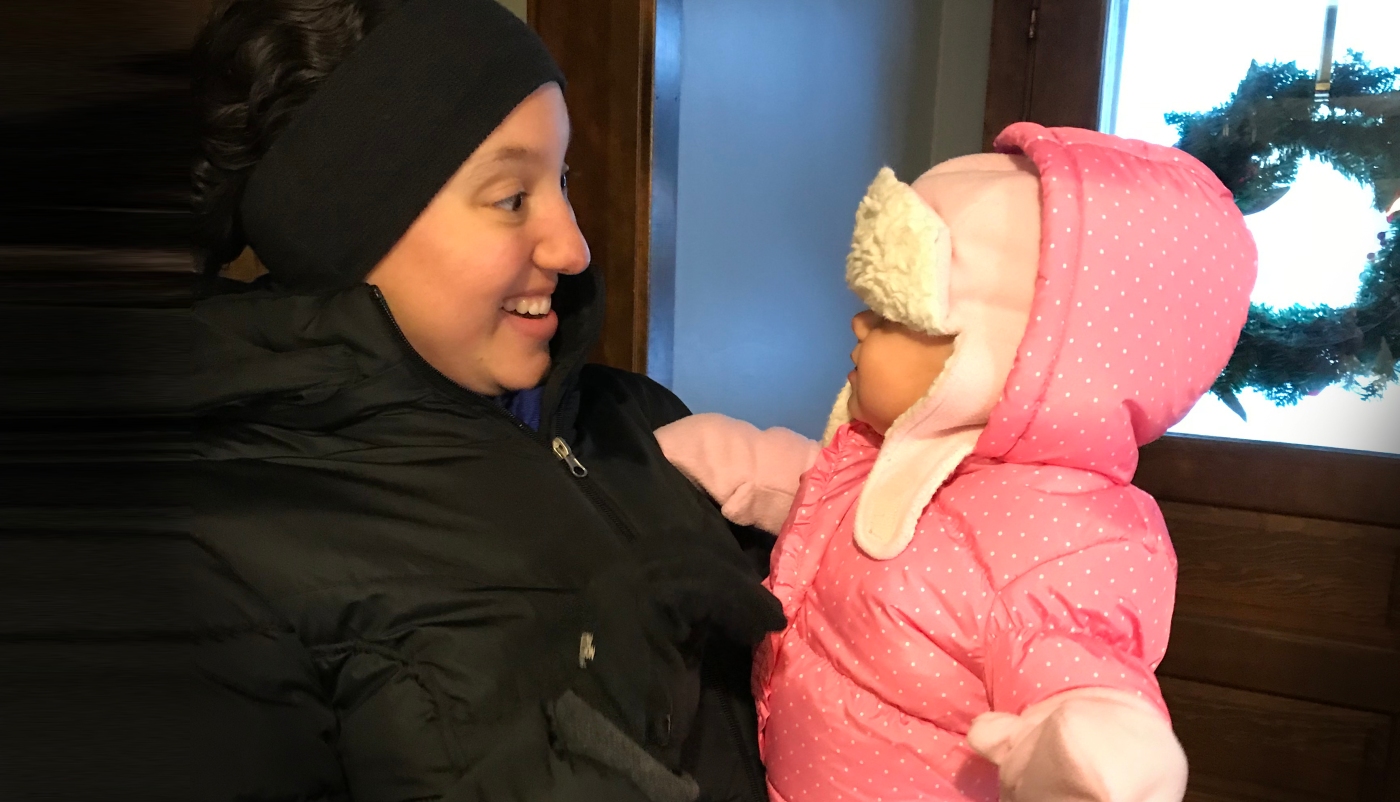 My wife and I have an ongoing battle. I think the temperature is warmer than she thinks it is, and she thinks it’s colder than I think it is. This is the Schrödinger’s Cat of arguments – we’re both right and wrong at the same time. When it was just us in the house, these arguments always ended with a verbal acknowledgment of the current temperature. One of us would usually march to the thermostat and read the temperature aloud. One of us would say, “It’s 72 degrees.” The other would scoff and respond, “See, that’s cold!” or “See, that’s warm!” Our house is always set at 72 and, therefore, falls directly between our comfortable temperatures. For me, it is always just a little too hot, and for her, it is just a little too cold.

This was strictly an inside-the-house discussion. We never argued about the outside temperature because we could independently choose to dress in whatever outfit suited us.

Now as parents, our former arguments about temperature have become discussions about the appropriate outdoor attire for our baby. I generally tend to recommend that the baby dress one notch warmer than I would dress myself. For example, if it’s breezy, but not enough that I need a jacket, I’ll put the baby in one. If I’m just on the edge of needing a hat, I think the baby definitely needs one.

My wife goes the other way. She thinks the baby needs at least five notches more than what she’s wearing. If my wife wears a light fall coat, she wants to put the baby in a thermal blanket and goggles. When my wife puts on a heavy jacket and gloves, we hermetically seal the baby in a tropical terrarium rated for no less than survival on Neptune. When it snows? We have to put the baby over an open flame and rotate her on a spit so she’s evenly cooked.

I think my wife is overdressing for the weather and my wife thinks I’m underdressing. I’ll admit pride really does have a role here (because I absolutely hate admitting that I’m wrong). That’s why if you ever see us out walking when it’s around 50 degrees out, my wife is dressed in a winter smock and I’m in a polo shirt acting like I’m not cold.

Understanding our personal preferences, here’s what we go through in getting our baby ready to go now that it’s cold outside.

We started this routine back in the fall when the weather started getting colder. I’ll start by checking the temperature on my phone. 45 degrees. Okay, that’s the temperature, but how does it feel? (Has there ever been a more ridiculous question?) I open the door, stick my hand outside, and report back to my wife that it feels okay, if not a little breezy. She does not say, “Okay, sounds good.” No, she instead goes to the door, sticks her own hand out, and reports back, “Psh, yeah right. It’s really cold outside!” Stalemate.

All baby jackets exist on a spectrum, from purely decorative to fully insulating. Based on our interpretations of the temperature, we both choose an appropriate jacket. I pick one, but my wife acts like I grabbed a jacket made of tissue paper. She grabs the “correct” jacket. As she holds it up, I’m comforted knowing that if we get stranded in the middle of the Alaskan wilderness, this jacket is thick enough to protect our baby for days.

Here’s the general rule of thumb: when you want to take the baby out of the house when it’s below room temperature, the goal is to wrap them with so many layers, you can no longer tell it’s a baby. If you can still see her arms or legs, she isn’t wrapped enough. At a certain point, you have to be careful, because breathing is still very much important. If her face gets covered, we just put a snorkel mask on her.

I’m being sarcastic, but I know my wife is reading this thinking, “Hmmm…that’s not a bad way to make sure her face gets covered. But, oh, the air coming in the tube will be cold!” I’m sure soon I’ll be jerry-rigging a mobile space heater to warm the incoming breathing air.

You’re not supposed to strap a baby into a car seat while she’s wearing anything more than her base-level clothes. That means you bundle the baby up for the 7-second walk to the car, then once inside, you strip the baby back down so she can be put safely in her car seat. I suggest to my wife that perhaps next time we could just wrap the baby in a thick blanket for the 7-second walk. This suggestion is deemed ridiculous.

You see, I’m pragmatic. If we’re going to take all of the stuff off in a few minutes anyway, why spend so much effort putting it on in the first place? Because we don’t want the baby to freeze. And if the baby’s in anything less than a onesie, a shirt, a hoodie, a thermal layer, a thick jacket, a blanket and a wrap, the baby will freeze, and it can happen in less than 7 seconds.

Author’s note. Okay, so I started this article back in November when the temperature was still 45 degrees outside. The holidays got the best of me, and I forgot to post this until now when it’s a balmy -26 degrees. When I walked outside this morning, my mustache froze and an icicle formed on my left eyelash. It’s officially cold outside; no arguments there. The issue is that we started dressing the baby for subzero temperatures when it was still 45 degrees. Now that it’s actually below zero, my wife has to literally invent new things to put on the baby. We put two hats on her, mittens on top of gloves, two jackets, a carseat liner, a blanket, a hood and socks and boots. Yes, boots. My baby can’t walk yet, but at least she has the equipment she’ll need to go on a winter hike.

Arriving at your destination is basically doing the reverse of everything you did to get there. Only now, instead of dressing the baby in the comfort and space of your living room, you now have to do it crammed in the back of your sedan. For those that don’t know, babies are physiological wonders. You realize this when trying to put clothes on them. Here’s the thing. I know she has bones. I’ve seen her use her musculoskeletal system to crawl. Yet, when it’s time to put a jacket on her, suddenly all of her bones and muscles disappear. She’s just a squirmy pile of flesh.

If you don’t have kids, here’s something to try at home. Grab the power cord from your vacuum and hold it with a firm grip about 15 inches away from the plug. Now, try to get the plug into the outlet. The end of the cord will squirm and fidget. You’ll sigh, and pray to the heavens. As that little plug takes on a life of its own, dancing around the outlet, you’ll swear it’s an impossible task, but then you’ll think, I read on the internet this can be done, so you’ll keep trying. That’s what it’s like to put clothes on a baby. Now imagine doing it while seated in the back seat of a small car.